During a meeting of top salespeople from around the country, the “the grand old man” himself, a man who’d consistently had the highest sales figures for the last 20 years, and who earned more money than even the owner of his company, got up to speak. 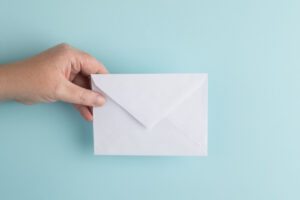 “I’m now going to reveal the secret of my success,” he said. “I wrote it on a piece of paper and put it in this envelope. But success must be earned. So I’m going to sell the envelope to the highest bidder. You have my word that it contains what I said — the true secret of my success, not only as a salesman, but in life, as well.”

And what do you think was written on that piece of paper?

Think about it. Make a mental note of whatever comes to mind before reading the answer. In fact, what was written on that piece of paper was worth much, much more than $1000.

The winner of the auction tore open the envelope, unfolded the piece of paper and read the following hand-written words:

The secret to success is…to ask.

And that’s worth thinking about…

To clarify your mission ask yourself these 3 simple questions

We really appreciate you taking the time to report this bug, we will look into it ASAP.